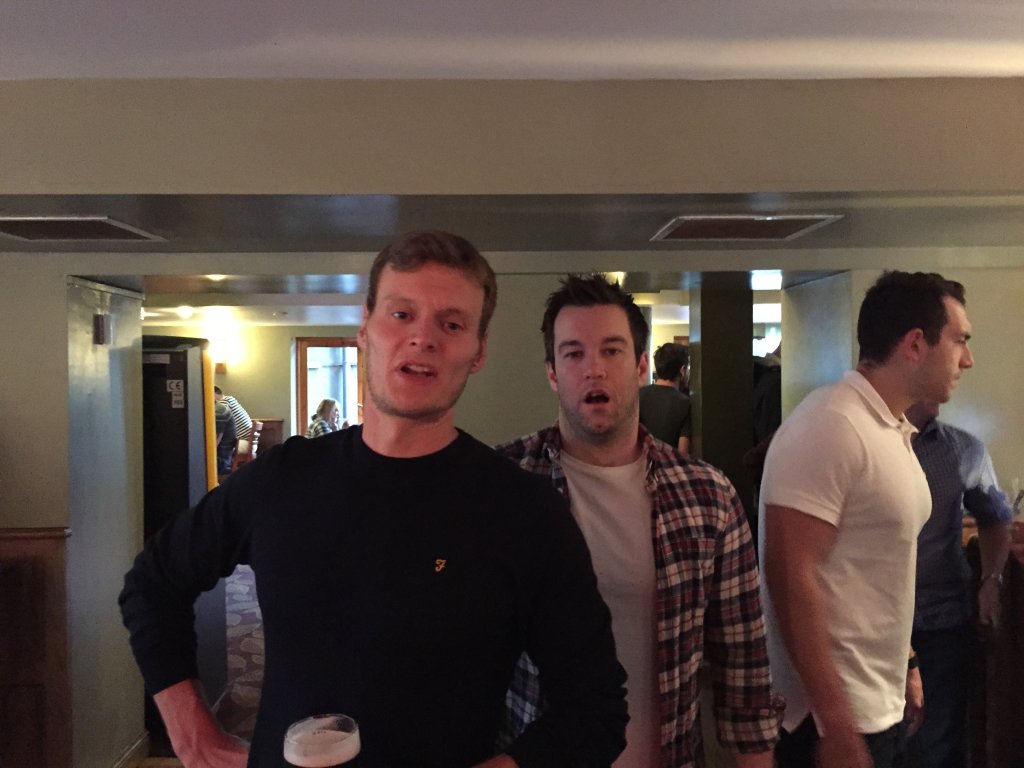 25/06/2018
Photography for me started very early for me borrowing my parents film camera but really took off when they stuck a camera on a mobile phone. The easy and availability was perfect for drunken night out or more importantly the morning afterwards for the embarrassing look back. Its the looking back at the moments that hooked me.

It would have stayed there if it was not for a work colleague who introduced me to a new gadget called a Digital Single Lens Reflex camera or DSLR. Namely a Nikon D3s, a camera I was to come to own nearly 5 years later. Its big and chunky and looks like it means business. I was instantly hooked from the first glimpse of this professional camera as it looked way more exciting then a mobile phone. These being the days before the iPhone had exploded onto the scene. It looked unobtainable and at over £3000 at the time it was.

Fast forward nearly half a decade and a Canadian photographer known on the internet as Faye Daniels reignited my love for photography. She produces mainly self portraits using a DSLR and I was blown away by her work. Her skill at capturing emotion in a shot had me in awe and I knew I needed to make a space in my life for photography. I needed to create.

I entered the world of “proper” cameras in a way most probably do. One Christmas my wife gifted me my first DSLR, a Nikon D3300. Why A Nikon? Simply because that colleague shot with a Nikon. Its a common debate seen on many a forum. Canon or Nikon? Sony or Olympus?

A camera is a tool first and foremost wether you shoot with a four figure DSLR or a disposable its whats you take that makes the difference. My favourite shot was taken on my iPhone even with the thousands of photos I have taken with my DSLR. It was taken on a drunken afternoon of two mates and its full of memories and makes me smile. Thats what is important to me. Just like Faye does ability to create an emotion or capture it in a single image with no special tricks like using music or dialogue. Thats whats special of photography for me.

As phone cameras get better and better it can be forgiven to think a DSLR is not quite worth the price and the effort of lugging about. The 4-5 lenses, the tripod, the reflector etc not to mention the lights and studio equipment.

But you don’t have to spend much as a DSLR can be picked up for cheaper then said iPhone. It’s when you take a step out of your comfort zone and turn that dial to M and the creative possibilities are endless. Picking a camera up and shooting in auto will give you better quality images then your phone can, but not necessarily better pictures. Thats where your creative vision comes in. Shooting in manual gives you the chance to express the artist inside yourself. Focal lengths from 8mm to 800mm and all in-between to get close to the action or get a full scene within a shot, the ability to isolate a subject or to control the shutter speed to get that dreamy fluid flow of the water in a waterfall, the creative control a DSLR gives you is seductive.

The problem is it takes a little bit of effort to learn what is called the exposure triangle. Stepping into the world of manual allows you to control three main factors. Shutter speed, aperture and ISO.

Its the balancing of these thats gets you the perfect exposure. Photography is all about light and in particular the light your camera sensor captures. Shutter speed is the time the sensor is exposed to the light. Aperture is the amount of light you let through your lens and ISO is the sensitivity your sensor has to light.

An adjustment in shutter speed, aperture or ISO is called a stop.

ISO is very much the same as shutter speed and usually starts at 100 or 200 depending on your camera. The number doubles as you increase which is doubling the amount of light the sensor captures. But remember the higher the number the more noise can be seen on the photograph. Its best to keep the ISO as low as possible.

Now aperture is where the hard maths comes into it. We won’t be going through that here though. Aperture is all to do with diameter of the opening inside the lens which is letting the light through to your sensor. It still follows the same pattern of doubling or halving the light but the numbers aren’t as nicely rounded as shutter speed and ISO are which can be confusing. Just remember that a lower number means a wider diameter allowing more light where as a higher number allows less light through.

Now its about balance so you can get the correct exposure. Correct being subjective and all down to your creative vision. So a longer shutter speed say anything slower than 1/60 second gives you more light but risks blur from camera shake and moving subjects. A fast shutter speed say 1/500 and faster allows less light but freezes motion. Depending on the shot you want will determine the speed you choose. 1/1000 is going to freeze motion very well where as 8 seconds is needed for the classic night time traffic light trails.

ISO is slightly different in that it does not affect your shot in a creative way but allows faster shutter speeds in lower light. The catch is that higher ISO values give what photographers call noise in the photograph. Not very pleasing and best described as grain often seen in home photos shot with a film camera. It’s often better to have a sharp shot with noise rather than a blurred noise free shot. The higher the ISO you use but still get a useable shot depends on the camera you have. Some entry models will start suffering from noise at ISO’s over 800 where as a professional model can reach 6400 before suffering. This was something important to me as I often shoot in low light with no assistance from flash or strobes and require a camera that can shoot at high ISO’s but still deliver a usable shot. I can get away with an ISO of 12,000 but there is a need to use a software programme such as light room to reduce the appearance of noise in my shot.

The best advice I can offer is simply to pick up your camera switch to manual and shoot. Modern cameras come with great light meters which can help towards getting that correct exposure. Normally shown as a row of marks with a plus and minus sign at either end. If your chosen settings will give you a underexposed image the further the dashers are towards the minus side from the centre. Over exposed is the other way with the dashes been more to the plus side. This is great kind to make sure you are somewhere near where you want to be. The beauty of digital is you can see the result pretty much instantly allowing you to adjust the shutter speed or aperture or ISO to get a better exposure. Practice makes perfect and your guesses can get more accurate the more you shoot.

Your settings will very much depend on your creative vision. Shooting a portrait and you may want a wider aperture, lower number, to create a pleasing fall off of focus making them stand out from their background. This lets more light through the lens which may mean you have to speed up the shutter speed to stop too much light hitting the sensor preventing an over exposed image. Shooting a water fall and wanting to show the water flowing will require a slower shutter speed. To stop the sensor dealing with too much light you can close the aperture down, selecting a higher number, which will restrict the amount of light reaching the sensor keeping the exposure correct. Shooting in low light often means shooting at the widest aperture allowed by your lens and as slow shutter speed you can get away with. Perfect time to break out the tripod to prevent camera shake but not help with motion blur should your subject be moving. The requires raising the ISO allowing a faster shutter speed.

Changing any of these settings by a stop will require a stop adjustment in the opposite direction to another setting. If you have a good exposure as 1/500 at F4 ISO 100 increasing the shutter speed to 1/1000 and still getting the correct exposure will require the aperture to be opened to F2.8 or ISO to 200 to compensate for the less light due to a faster shutter speed.

Confused? Start shooting and I promise it soon makes sense. The fun then comes when you get to grips with the exposure triangle and throw in composition and shooting at different angles allowing you to take your images to a higher standard then your previous holiday snaps.

My camera is pretty much always with me and I make sure to try and take at least on shot a day. Mostly of my little daughter which means I end up with thousands of pictures of her as she grows. A huge bonus of the advancement of technology for me.

Make your camera you constant companion and go out there and shoot. The wonders of social media makes sharing your shots so easy and there is so much help and learning available there is no limit to what you can create. Study other photographers work and try and work out why you like a particular image or why not. I am always sharing work on Instagram and Facebook and now have my own website. What i want to do with this new skill I have no idea but I am enjoying every moment and hate going anyway with out my camera. The shots I am missing and the memories I am not capturing.